Beloved Community at a Safe Haven

"Life changes come slowly but inexorably as we confront and cross frontiers, expected and unexpected."

Eileen McGovern first visited Project HOME’s Women of Change Safe Haven in 2015 with a group of Mercy Associates.  She currently serves as a receptionist there.

The buzzer rings as a pale face—half-turned and tense—and appears on the monitor’s opaque panel. I push the release and the door clicks quietly open. Hesitant footsteps slowly descend the steps dragging something behind. The footsteps pause at the inner door. Abruptly the door opens inward and a woman stands before me.  She is of indeterminate age, her face red from the cold, her blue eyes rheumy, her brown hair short like a man’s. She has no hat. Her words explode in a jumble of sentences whose message is clear. She is seeking shelter, shelter from a cold that rips one’s breath from the lungs—sub-zero, wind-chilled Center City Philadelphia in January.

I listen and try to interrupt, to reassure, but I cannot. The words go on and on as her brown eyes dart from side to side and her chapped right hand grasps and ungrasps the handle of a battered blue suitcase, the plastic cracked and grimed. Mercifully, she wears a man’s worn black coat—too large for her frame and unmistakably redolent of the streets. When she finally pauses, I ask her name. “Mary Elizabeth, not just Mary,” she asserts forcefully, an identity fiercely guarded.

Soon the Outreach counselor who had urged her to come inside emerges from the office, coaxing her to sit down as the unceasing stream of pent-up pain babbles forth—not quite incoherently. While battling her fears, she yet fiercely defends her last shred of dignity. She can choose to stay or to go. I wait and pray as the office door closes.

All too soon the door bursts open and she emerges—still talking. “I’m not staying here. I’m not crazy. No one is going to make me stay here. I can take care of myself. I’ve been on the streets for two years. I can take care of myself. Those doctors want to make me sick. I know what they want.”  She rushes past my desk and lunges through the inner gray metal door only to stop on the other side. I can see her bent head through the small glass window. Then she turns and rushes up the steps into the silent cold, still talking.  But to whom—herself or the voices pursuing her? Happily, she returns another day. This time she stays.

Like this woman, I came home to Women of Change in stages. Initially, I swooped down every other month from the suburbs with other Mercy Associates bearing home-cooked meals and good intentions. I do not disparage either, but I was not really a member of the Beloved Community. Trying to “fit in,” I introduced myself and asked each woman her name, but in two months’ time, the names eluded me and I would begin again, trying to establish a connection, to bridge voids of life experience I could only vaguely guess, struggling to see through the stereotypes, to transcend my own prejudices and unexpected reticence.  I was unaccustomed to the smells that assaulted me—the smells of humanity at close quarters, undefined so the more threatening, evoking in me fears of contagion. Also, these women made me nervous. Only gradually did I come to realize that I was the source of my insecurity. I was over-thinking, as usual, and trying too hard to be a presence of Mercy.

I was present, but I was not yet merciful.

Providentially the position of receptionist became vacant just as I was retiring. I began volunteering every, or almost every, Monday, Tuesday, and Wednesday from 8 a.m. to 2:45 p.m. My morning begins at home in struggle triggered by the insistent buzzing of the 5:30 a.m. alarm. Fumbling to turn it off, I regret the technological advances that have replaced a simple button with a two-step digital ritual easily derailed by a misplaced finger. The warmth of the sheets enfolds me, fueling reluctance and the seduction of five, or maybe even six, more stolen minutes. After stumbling into the kitchen and getting the coffee ready, I shower. The warm stream awakens me at last, and I begin to feel somewhat conscious as a feeling of purpose rises within me. Dressing hurriedly and eating a quick breakfast, I drive to the train station where I wait with the usual cadre of Center City businessmen and women.  I do stand out as a “bag lady” bundled against the cold and primly clutching a less than a fashionable purse and a large plastic carry-all with knock-off designer logo. I lug the bag containing my books, a sweater, tea bags, a hot cup, and my lunch onto the train and settle into the “quiet car.” A 30-minute interlude allows me to read, to think, to sleep, and to pray—not necessarily in that order.

I emerge above ground, nod hello to the cathedral, and walk along JFK Boulevard to 20th Street. No one makes eye contact. It’s as if the “quiet car” has a visual corollary for Center City pedestrians. The corner of 20th and JFK is cold even in spring and fall as the wind whips off the Schuylkill. In winter I huddle against the Chima Steakhouse for warmth and scurry across when the light changes. Rounding the corner to Cuthbert Street, I read the lighted letters crawling atop the PECO building out of habit. Ascending the familiar metal steps, I ring the bell and am buzzed inside.

And so my day at Women of Change begins. I am at home.

I now feel a sense of community in contrast to the enforced proximity and anonymity of train and sidewalk. It took longer than I would have wished, but I now believe that I have found Mercy so I can, therefore, give Mercy. Usually, one particular woman greets me each morning. She has health problems, among them sleep apnea, but she watches for me just as she watches out for the other residents, reminding them to put on socks or a hat because it’s cold. Before Christmas, I helped her to find the SEPTA route she needed to go shopping. She returned with a gift, a mug for me and candy canes for the other residents. She usually does not even have enough money to buy cigarettes, yet she shares whatever she has.

Another resident, returning from a hospital stay, gave me a bracelet she had made in occupational therapy. I make sure I wear it every day. She always checks to see that circlet of plastic beads and explains why she chose the colors she did. I learned that she is skilled at sketching buildings and had dreamed as a high school student of becoming an architect. The artist in her still lives.

I have grown to know each of the residents woman-to-woman and to respect their ability to survive, to cross frontiers I can barely imagine and to have conquered that last “frontier of the heart,” to go on despite unimaginable loss and still to be able to love and to laugh and not only to survive but to prevail and create a Beloved Community. Events have all but broken some; others thrive and move on. Each woman is an individual with her own individual story. Either through circumstance or choice or both, some have known abuse, child loss, disease, rape. Some bear the scars of knife and gunshot wounds. All have known homelessness and the contempt of being invisible to most of the people who pass them by on the streets. They all struggle with mental illness, frequently brought on by trauma. They have suffered to the extent that they have been transformed from women with ordinary lives to Women of Change. To quote Yeats, “All is changed, changed utterly. A terrible beauty is born.”

I now see beyond the terror to the beauty. These women accept one another, can be amused or annoyed or happy or jealous or experience any of the range of human emotions. But despite enormous odds, they have built community. These women, whom I confess to having previously pitied, have formed their own Beloved Community.

They accepted me before I had truly accepted them.

Women of Change is a community where residents find shelter not only physically but psychologically and medically in the dedication and presence of women who care for them, who assist them to access the resources needed to sustain them, who cooperate to feed and to clothe, to encourage and to empower these women to change their lives. I now believe that with the help of the case managers and all the staff that I am called to live Mercy, a legacy given me by Catherine McAuley, the Sisters of Mercy and the Mercy Associates.

I also believe that life changes come slowly but inexorably as we confront and cross frontiers, expected and unexpected. To change is to leave behind the familiarity of the comfortable, a comfort that may be either nourishing or toxic. But without change there is no growth.  I have changed. I have grown as a member of the Beloved Community here at Women of Change. 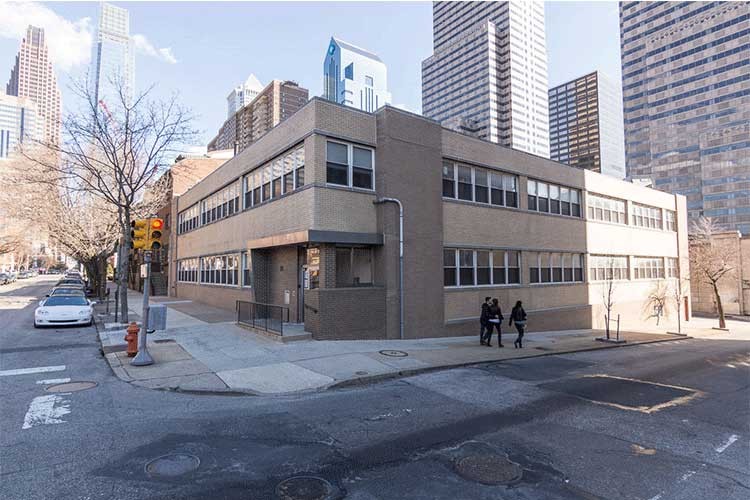