Basketball great Wilt Chamberlain has a legacy in Philadelphia—and not just due to his dominance on the court. Thanks to his family, his philanthropic spirit lives on through the generosity of the memorial fund that bears his name. The Wilt Chamberlain Memorial Fund has long been a partner in Project HOME’s work, ensuring, as he wanted, that the city in which he grew up has a chance to thrive.

“We both left around the same time, but I find that being born and raised in Philadelphia—it’s always going to be your home, no matter where you live,” said Barbara Chamberlain-Lewis, the sister of Wilt Chamberlain, speaking from her home in Las Vegas “Wilt helped people all over, but I know he would be so proud to be able to be a part of this work in his hometown where the need is so evident. He was such a giving person and was blessed to be able to give.”

The Wilt Chamberlain Memorial Fund was founded in 2001 by William “Billy” Cunningham, a former teammate of Wilt’s and beloved former championship coach of the Philadelphia 76ers; Stephen Cozen, Founder and Chairman, Cozen O’Connor, whose father, Sam Cozen, was a longtime basketball coach at Wilt’s alma mater, Overbrook High School; and the Chamberlain Family.

The Fund is dedicated to helping young people in the Philadelphia area achieve their highest potential. They have been a key partner at Project HOME’s Honickman Learning Center Comcast Technology Labs (HLCCTL) from its beginnings, giving more than $1 million to support education through technology. The beautiful Wilt Chamberlain Auditorium at the HLCCTL is a central hub for student and community gatherings.

“It’s a beautiful space that is used as much as any room in that building,” Billy Cunningham observed. “It’s wonderful, and the programs are amazing. God only knows how many children they’ve helped. The building looks as good as the day it was opened. What a bright spot for that community.”

“We could see in 2004 and 2005 how great the work was,” commented Barbara,“and it has been a privilege to see the vision of Sister Mary, Joan McConnon, Lynne Honickman, and leaders from the neighborhood coming to fruition. Wonderful things are happening and it’s exciting to see what we’re going todo in the future.”

Funding from the Wilt Chamberlain Memorial Fund helps provide a safe, nurturing, and academically challenging environment where both children and adults are encouraged and assisted to achieve their potential. Weekly, more than 200 students attend the after-school programs where they use a range of creative software programs and applications—connecting literacy education to the development of core technology skills. Annually, 800 adults participate in GED training and tutoring, financial literacy classes, and workforce development trainings, all with the goal of secondary education and, ultimately, employment. Project HOME is grateful to honor Wilt Chamberlain, his family, and all the partners of the HLCCTL for creating 10 years of opportunities for children and adults.

Wilt’s soaring spirit extends well beyond the basketball court: Each student given the chance to learn and grow is a living tribute to his true greatness. Barbara says it best: “It is phenomenal to see dreams coming true.This work is right down his line—this is exactly what he would have wanted to see.” 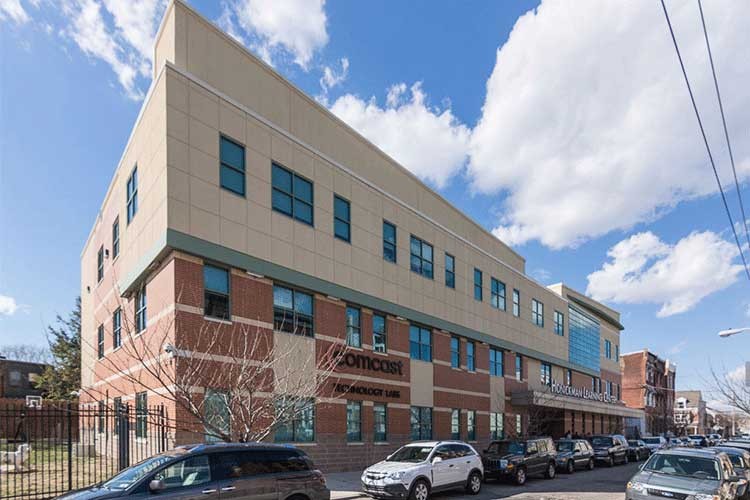